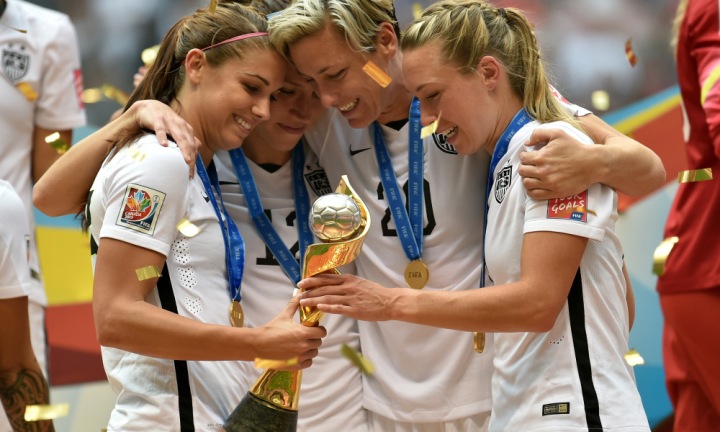 I got a Gchat message today from a man friend:

Him: “I can’t believe the U.S. did not make the World Cup”

Mostly because I was busy at work, I paid no mind to the context of this message but it occurred to me later once I saw this Twitter exchange that I did an incredible disservice to this blog and to women in sports by simply not speaking up: 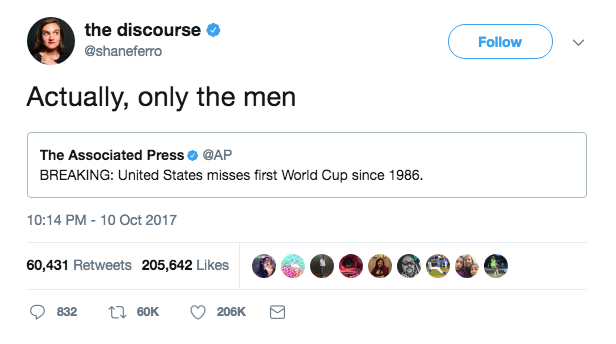 I totally pulled the whole Meg Ryan in You’ve Got Mail thing when you know exactly what you want to say but AFTER the conversation is over. I wish I could’ve gone back into that Gchat conversation and stood up for the women. I wish I would’ve reminded this man friend that the U.S. Women’s Team is not only currently ranked number 1 in the world but are the reigning FIFA Women’s World Cup champs. Remember that? It was glorious. Some more reminders:

and finally, let’s say it all together, Babes, because we know where this is going –

Because of course they do.

To USMNT – so sorry for your loss. Tough one. Since our ladies are classy and awesome, they expressed their sadness for the boys on Twitter: 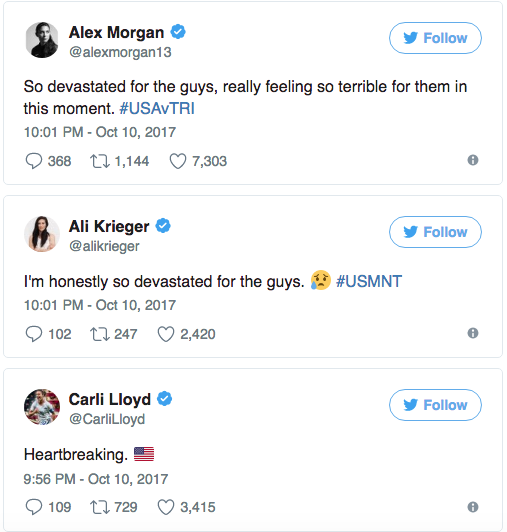 USWNT will be in our faces again one year from now when World Cup qualifiers begin. And sure, maybe now that the men got knocked out, there will be more pressure for the women to get into the finals. But that begs the question – if that scenario was flipped, would people be putting pressure on the men? Probably not. Such is life.